Micheal Fraday was a man of god and a man of science. He believed that through science we could find the hidden secrets god had left for man to uncover. When he was named Director of the Royal Institution 1825 he started the Christmas Lectures, a series of science lectures as a form of entertainment. These lectures still continue to this very day at the Royal Institute. In 2016 We started a spin off of this very tradition called the Faraday Celebration. The goal was to bring science in the form of entertainment to their community members. The first Faraday Celebration was such a big success that we wanted to make it bigger and better this year.

Join us December 22nd from 6pm – 8pm at Catalyst Space as we and our after school STEM program, Club Co-Create, pay homage to one of the greatest physicists in history, Michael Faraday, by bending your perceptions of reality through a magical performance of Science. You and your family will be entertained as we electrify the air around you, manipulate matter with sound, and use light to do our bidding.

Starting promptly at 6pm we cover the powerful story of Michael Farady and his rise to Director of the Royal Institution. Directly after his story we take part in his insatiable curiosity of the invisible forces through performance like scientific experiments presented by Catalyst Space personnel and Club Co-Create members that will be sure to peak the curious minds of everyone around.

After the presentations we will talk about our after-school program and present awards. Afterwards there will be the opportunity tour Catalyst Space and learn how we are creating opportunities in our area that have the potential to impact the entire world.

We look forward to seeing you all there! 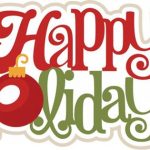 How to develop a marketing plan for the New Year! 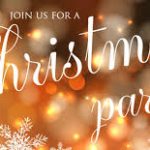